Wired vs. Wireless Industrial Communication Technology: Which is Better?

Similarities Between the Two Systems

Before we introduce the differences between wired and wireless communication technology, let's have a look at what they have in common. Undoubtedly, the two technologies are quite different, but many similarities make them somewhat identical. The industrial versions of both technologies are designed to absorb future upgrades. At the same time, they still have the ability to suit the needs of various devices.

After getting the similarity between these two systems, we would like to introduce their differences. Firstly, let's figure out the pros and cons of the wired communication system.

Wired communication technology has been around for decades, and its improved versions are still being used in several industrial and commercial applications. Furthermore, broadband internet would practically be non-existent without wired communication technology. However, there are still some demerits that exist. Wired networks used to be faster than wireless networks, but modern wireless systems regularly outpace traditional wired systems due to their improved technology. Also, the physical presence of wired systems comes at a high financial cost and with an added disadvantage of being harder to upgrade and maintain over time.

In addition, due to its coated wires, wired communication technology remains isolated from other interferences present in the surrounding environment. However, on the flip side, it eventually makes it harder for companies to upgrade wired systems, whereas it is much easier and cost-efficient to upgrade a wireless network system. 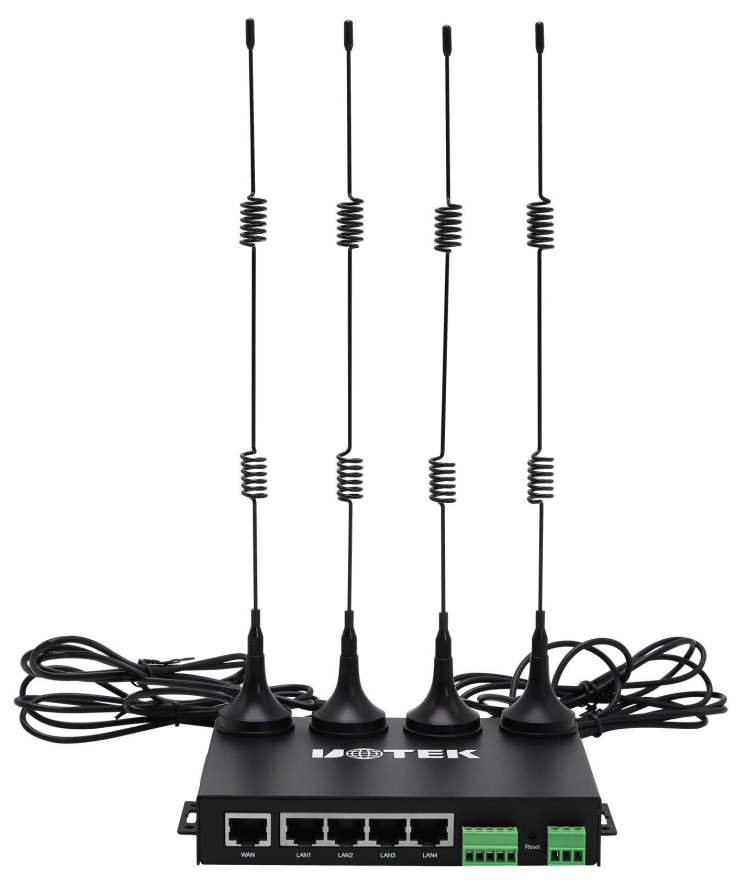 Now let's check out the benefits and demerits of wireless communication technology and its benefits in the industrial field.

The conventional problem of signal interference in wireless communication systems has been solved greatly. Thanks again in part to the products from UOTEK that are compatible with any latest industrial LTE router. Initial wireless WIFI routers could connect to only a handful of devices, even if they were made for industrial or commercial purposes. However, in today's society, the 4G or WIFI routers can connect to numerous devices. At the same time, their security defenses have been improved quite significantly by utilizing encryption and various other means.

Why Wireless Communication Systems are a Better Buy

It has been established that both industrial wired communication technology and wireless networks have pros and cons. Still, when it comes to future-proofing your industrial networking setup, then wireless communication technology takes a significant lead over wired networks. Traditional wireless networks lagged behind counterparts in certain characteristics such as outside interference, fragile security apparatus, and limited connectivity. However, these problems and deficiencies have largely been addressed in the latest industrial 4G and WIFI routers that support fast data transmission and are quite secure in transmitting data.

On the other hand, the initial cost of wired networks has always been a major concern for industrial users who have to set up their communication system on a larger scale which undoubtedly raises the cost. The same is the case for the latest wireless communication technology that is costly in some areas. However, unlike wired networks, it is easier to upgrade and does not require as high maintenance costs as an ethernet network. Furthermore, wireless networks, whether industrial or domestic, are almost impossible to penetrate physically. Since wired networks use wires can physically be penetrated by someone with a hostile agenda. Also, wired networks can easily be disrupted by physically accessing them, which can be a major inconvenience since the technicians have to figure out the location causing the disruption.

Not every 4G industrial router or a Wi-Fi server is developed and made using the same standards, which is why it is crucial to pick the right one that suits your needs and delivers the best value for money. UOTEK is a Chinese manufacturer of industrial-grade wireless network systems that have fulfilled commercial clients' needs for nearly two decades. Over time, we have expanded our product portfolio of industrial wireless systems that have been meticulously designed to adapt to various environments.

Fast data transfer speeds translate into improved productivity and streamlined performance in an industrial environment. Our 4G industrial routers and industrial WIFI routers are equipped with high-speed data transfer capabilities and at the same time have the ability to connect to wired network systems thanks to the availability of multiple LAN ports. Other advantages of these industrial-grade routers include increased resistance towards electric fields. Their ability to fit into tight spaces makes them a great product to be used in confined spaces.

We understand the needs of our industrial customer base, which is why you won't have any problem finding the right UOTEK wireless network products. We guarantee to tick all your requirements, including high-speed data transfer, multi-channel connectivity, low power consumption. And finally, high and low-temperature adaptability is pretty much a prerequisite for any wireless router to be qualified as an industrial-grade router.

Feel free and don't hesitate to get in touch with us anytime, and we will assist you in selecting the product that appropriately fits your needs and budget. We are confident that you will find our wireless systems up to the mark and within your budget.